PASTA IS GOOD FOR THE EARTH – A SUSTAINABLE FOOD

Pasta is more than just delicious; it’s also sustainable — produced with less of an impact on the environment than a lot of other foods.
Today, experts including the Food and Agricultural Organization of the United Nations are recognizing the importance of linking food production/consumption and sustainability. This approach is gaining momentum internationally. For example: 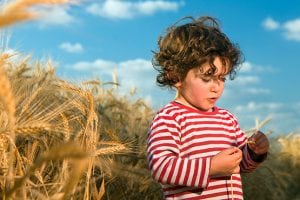 We are learning that the health of our bodies is greatly intertwined with the health of the planet, and pasta is a prime example of this relationship.

As the planet continues to move toward climate uncertainty, food choices will need to make the best use of the earth’s precious resources.

Make a Difference in the Kitchen

Surprisingly, how we cook pasta at home accounts for 38% of pasta’s total carbon footprint.  The good news is there are small changes we can all make in the kitchen to lower the impact.  Here are some tips:

Continuing the Tradition
All across the globe, pasta has a centuries-old tradition of being the original “kitchen sink” meal—a perfect way to transform leftover vegetables, cheeses, and other ingredients into a satisfying, complete dish. Our ancestors were far less wasteful than we are today, and pasta certainly made their job easier. Whether it was combined with olive oil, greens, and tomatoes in the Mediterranean, or soy and vegetables in China, pasta has long been a delicious way to make precious foodstuffs stretch into multiple meals, without letting food go to waste. As sustainable food systems and waste reduction capture public attention, pasta will no doubt continue the tradition as a healthy and sustainable food staple.
For additional resources on sustainability, health, recipes and more from the International Pasta Organization, please visit the Pasta For All web site.

Click here to download a .pdf file of this Fact Sheet
Back to The Truth About Pasta Toolkit